Middleware is a Software that connects separate softwares components or enterprise applications.A middleware software product links a database system to a Web server and runs the business logic i,e its a software layer that lies between the operating system and the applications on each side of a distributed computer network. Typically, it supports complex, distributed business software applications.
This allows users to request data from distributed application using forms displayed on a Web browser, and it enables the Web server to return dynamic Web pages based on the user’s requests and profile. 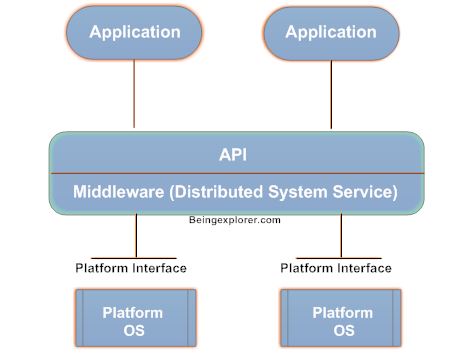 Middleware is acts like a bridge because it connects two sides of an application and passes data between them. Common middleware categories:
ESBs
RPC systems
Object Request Brokers (ORBs)

Where can we use Middleware ?